Since 2016, Hearts For Hue has collaborated with We are Bamboo to organize volunteer programs for helping rural schools and in-need families in Hue, Vietnam. In September 2022, Hearts For Hue continued cooperating with Bamboo to support Mr. Thuong’s family, a disadvantaged family in Huong Tra town. 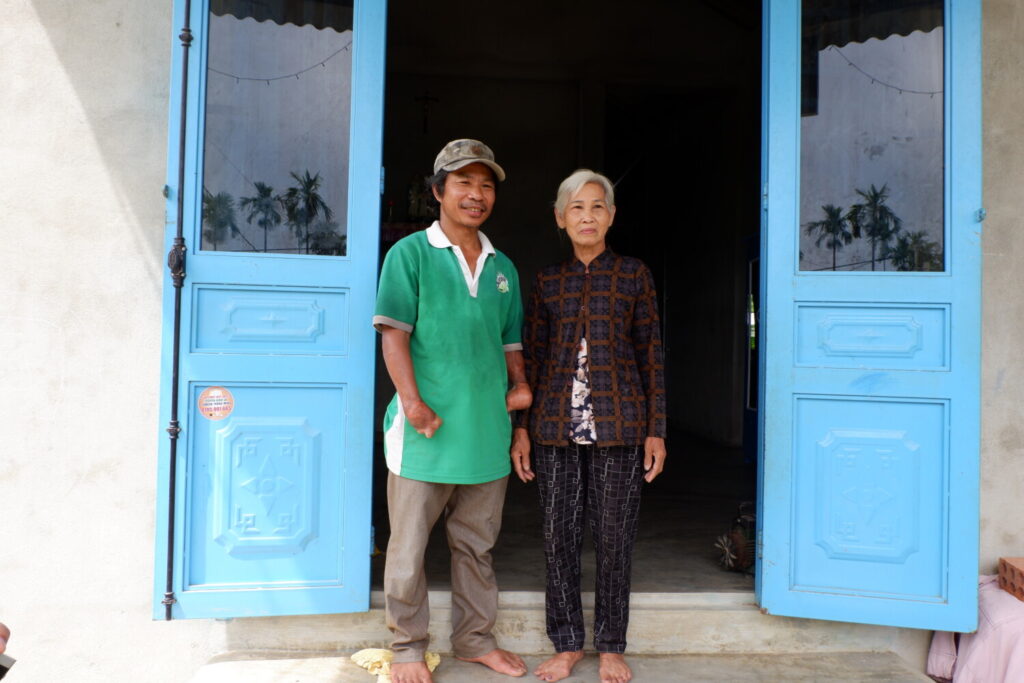 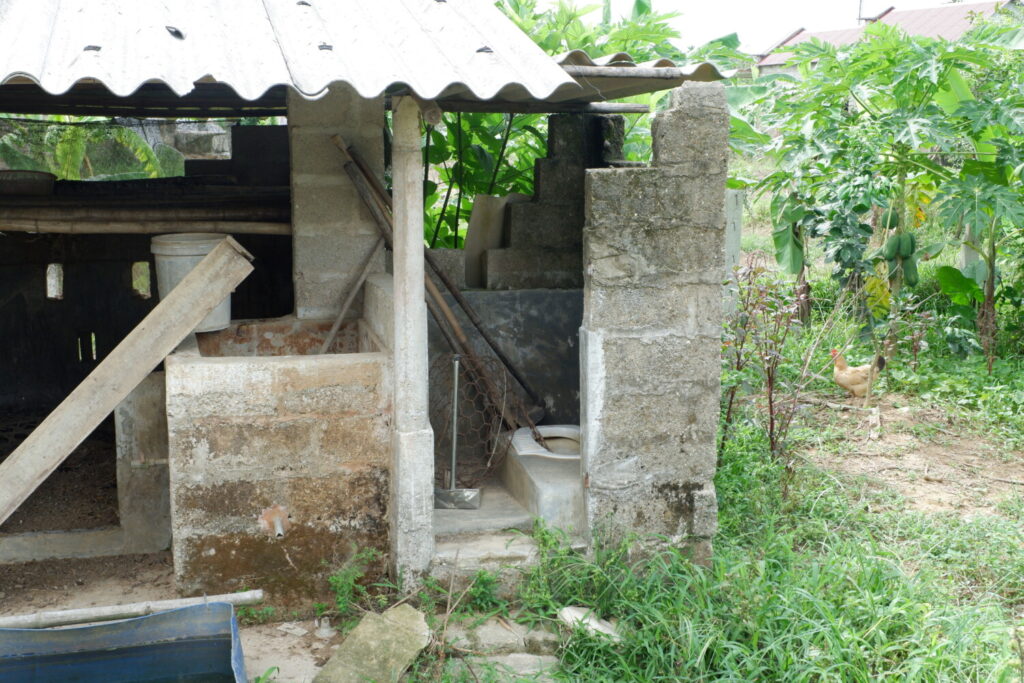 According to the local authority, Mr. Pham Van Thuong (born in 1973) and his household is one of the poorest families in Hương Vân Commune, Huong Tra Town. Mr. Thuong has acquired a disability since he was 3 years old. He lost two hands due to the fire near his house. Mr. Thuong has been living with his wife (a garment worker) and his two children.

Due to his disability, he is not able to find a stable job, and doing farm work only generates a meager income which is not sufficient for his family. Mr. Thuong puts all his effort into planting and raising a flock of 50 baby chickens and a pig to make a living. Mr. Thuong has to work very hard to support his family daily. However, the barn was not secure for livestock, as it was severely damaged due to the harsh climate, and built another chicken coop that was beyond his reach.

Understand this urgent case, Hearts For Hue connected with We are Bamboo and joined forces to build a big chicken coop for Mr. Thuong’s household. With the hope that he can have a sustainable income for living. 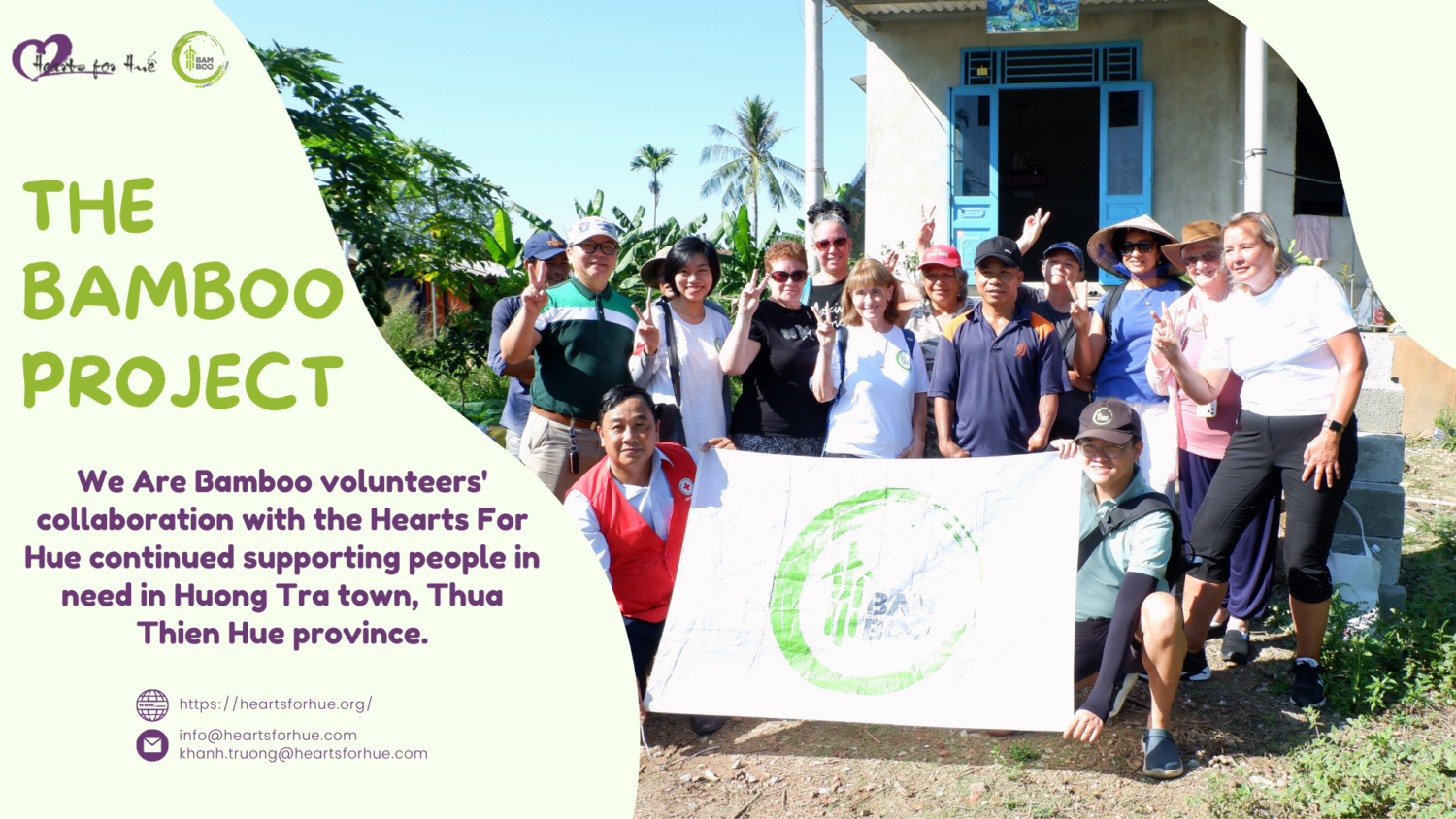 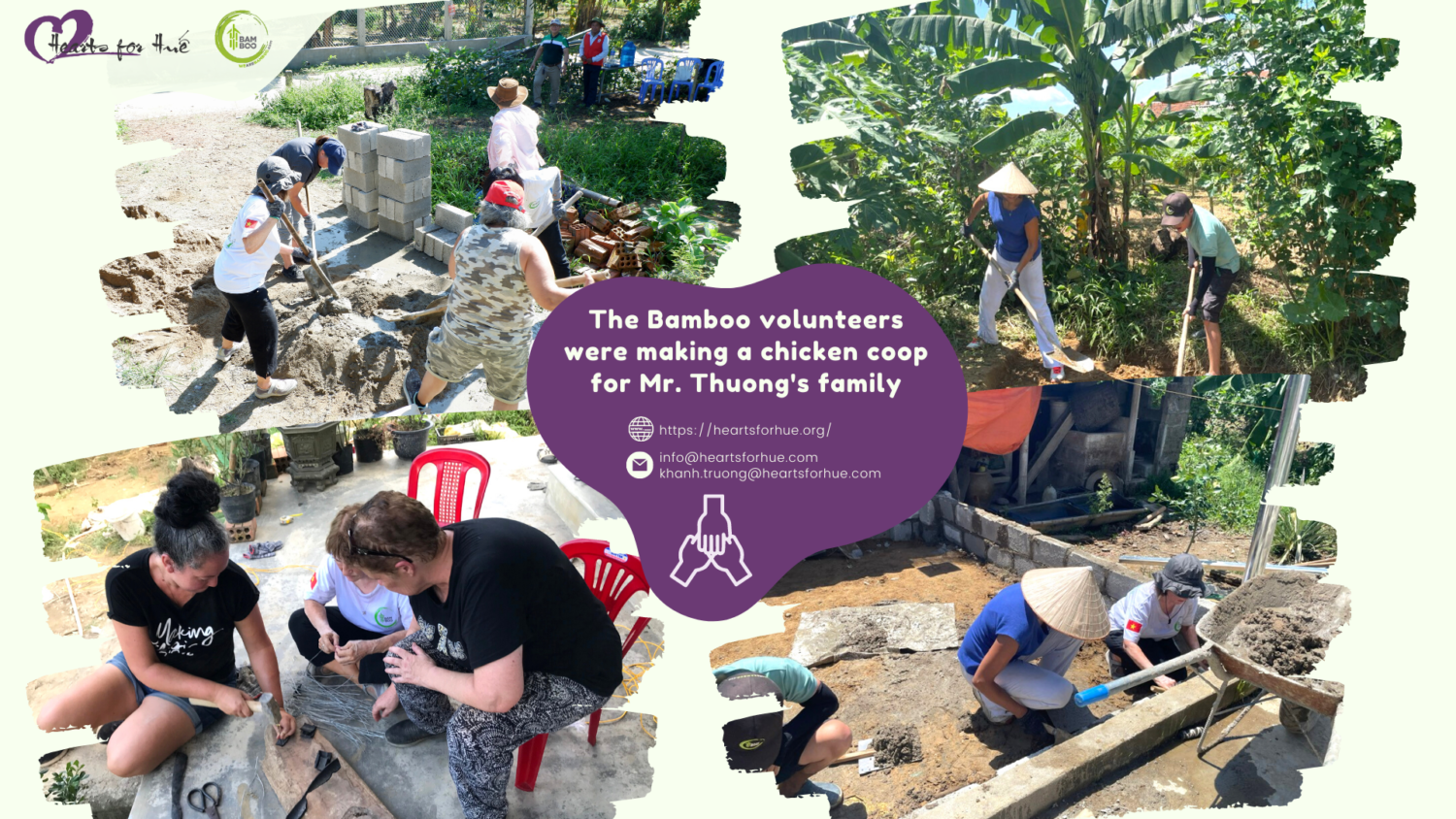 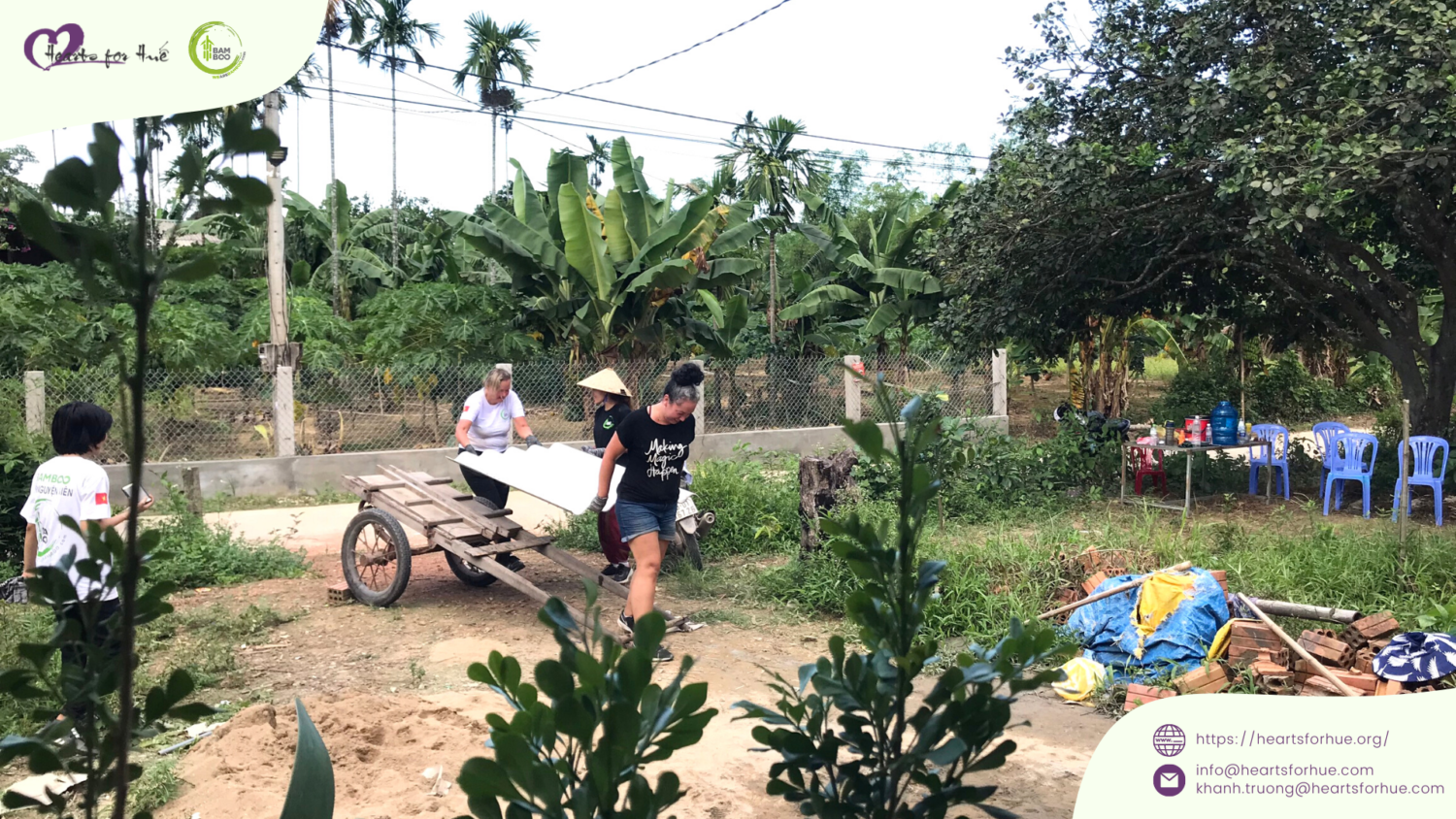 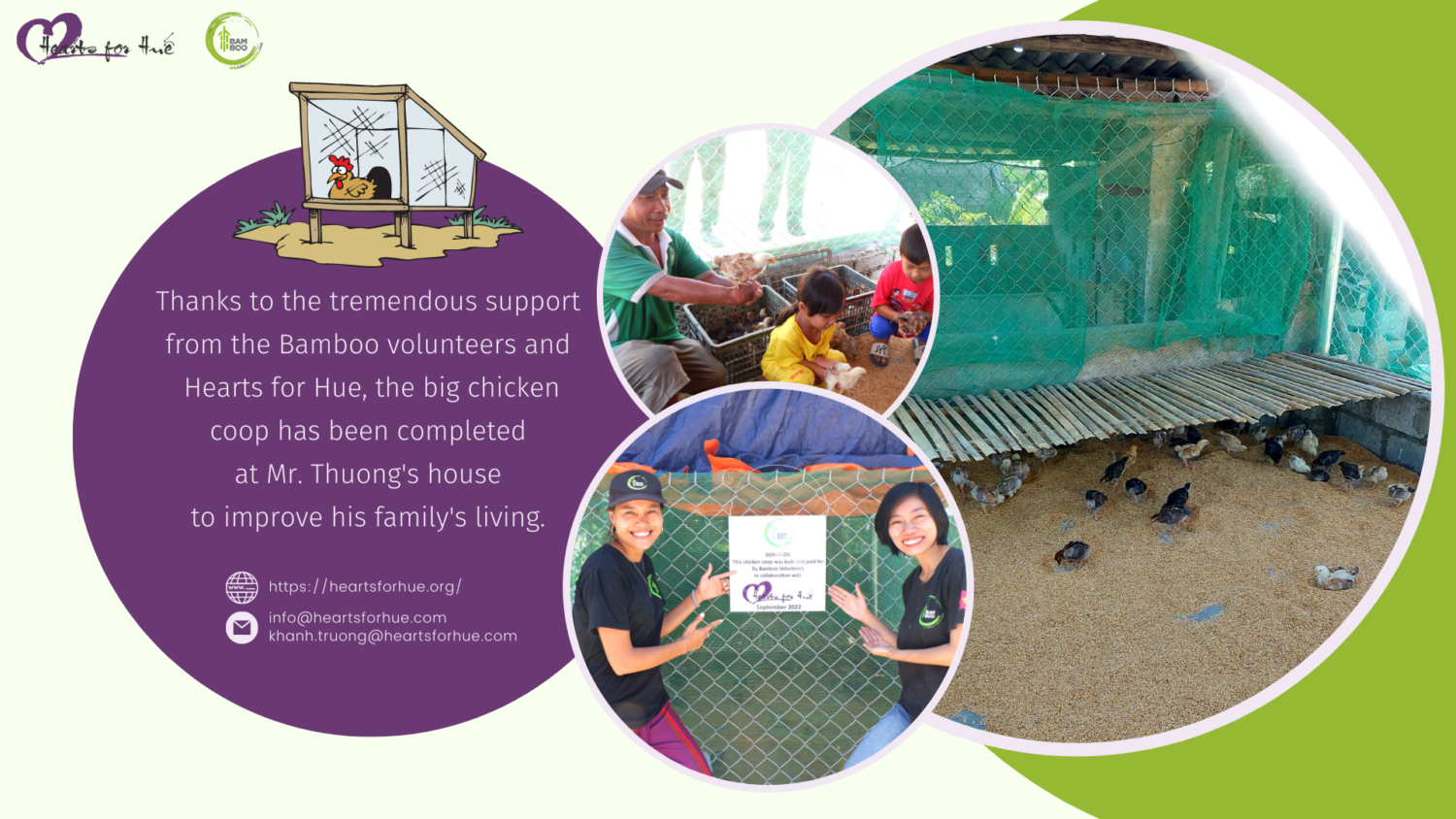 Thanks to this tremendous support from Bamboo volunteers and Hearts for Hue, the big chicken coop has completed at Mr. Thuong’s house to improve his family’s living. Moreover, a volunteer group also donated the fund for building windows and bought household goods for his family. “I feel very grateful for what I’ve received from the foreign volunteers. They not only donate but put their heart and soul into this project to support my family. Sincerely thank the cooperation of the Hearts For Hue and the Bamboo volunteers that facilitated this help,” said Mr. Thuong.

Please watch our documentary video of the project!

Based on this cooperation, we keep supporting the in-need families in Hue, not only today but in the future as well. Finally, we would like to express our sincere gratitude for the support from We Are Bamboo volunteers. Together we can make a difference in our community!