Vinh Thai commune is an hour’s drive south-east of Hue city and is nestled between rice-covered plains, the towering Bach Ma mountains and the rolling seas. The population of Vinh Thai is approximately 6,300 people, including over 200 people with a disability. In the past, Vinh Thai was provided some assistance programmes for these people with disabilities. However, they were not long-term, sustainable solutions, consisting mainly of government handouts. Seeing the need for long-term solutions to the economic and social marginalization of these people with disabilities, H4H with funding from Rotary International, has just begun a new chicken raising club for 150 families with a person with a disability.

On Monday, Hearts for Hue along with Professor Ba, a renowned expert on the establishment of animal raising cooperatives from the Hue University of Agriculture, visited the Vinh Thai people’s committee to canvas support for a new project, a Chicken Raising Club in Vinh Thai. Civil society representatives from each ward within Vinh Thai, members of the local peoples’ committee and the local farmers’ union were all present. 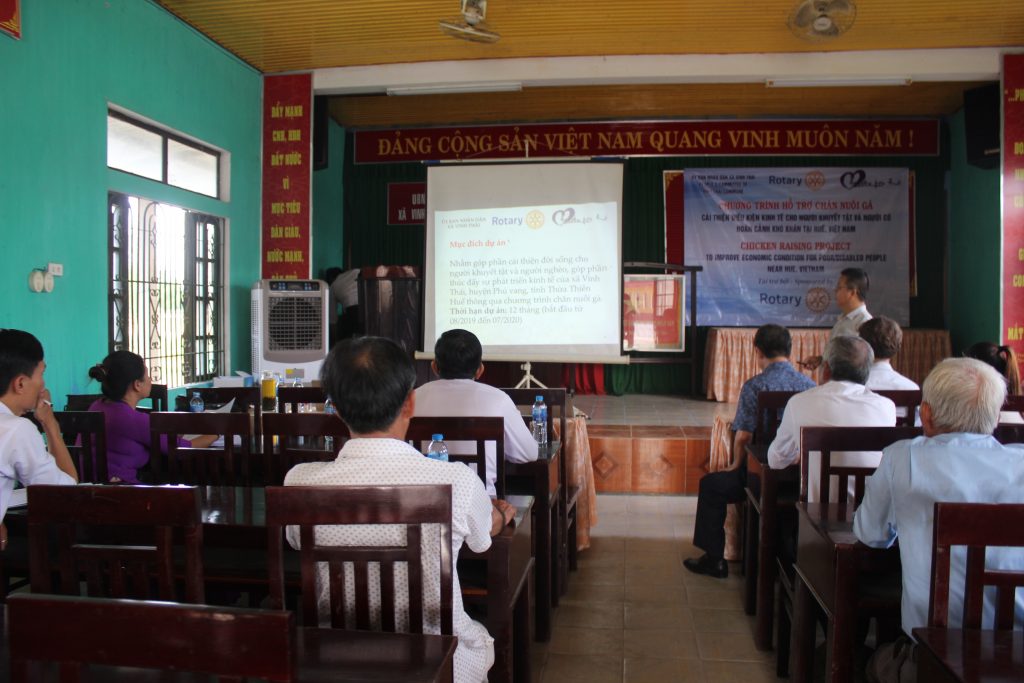 Hearts for Hue and Professor Ba took the opportunity to explain the project in greater detail to the participants. We explained that the club is a more ambitious project than H4H has undertaken with previous chicken raising projects. This is because we will be training veterinary aides so that sickness and mortality rates for the chickens are reduced. We will also be training marketing teams who will buy and sell chickens and chicken products such as feed at lower and higher prices respectively. The end commercial goal of the club will be to earn a local reputation (brand recognition even) for the quality of its chicken produce, thus allowing club members to earn higher profits.

To achieve this end goal, each of those present agreed that a strong, ongoing commitment was needed from all participants. We then explained further that while H4H will be involved in the establishment, we will not be involved in the running of the club. Participants and especially participants with disabilities leading the program from the outset would therefore be a key factor to the success of the program. Encouragingly, the Vice Chairwoman of the Vinh Thai People’s Committee personally promised to support the program, and volunteered facilities for use by the club. 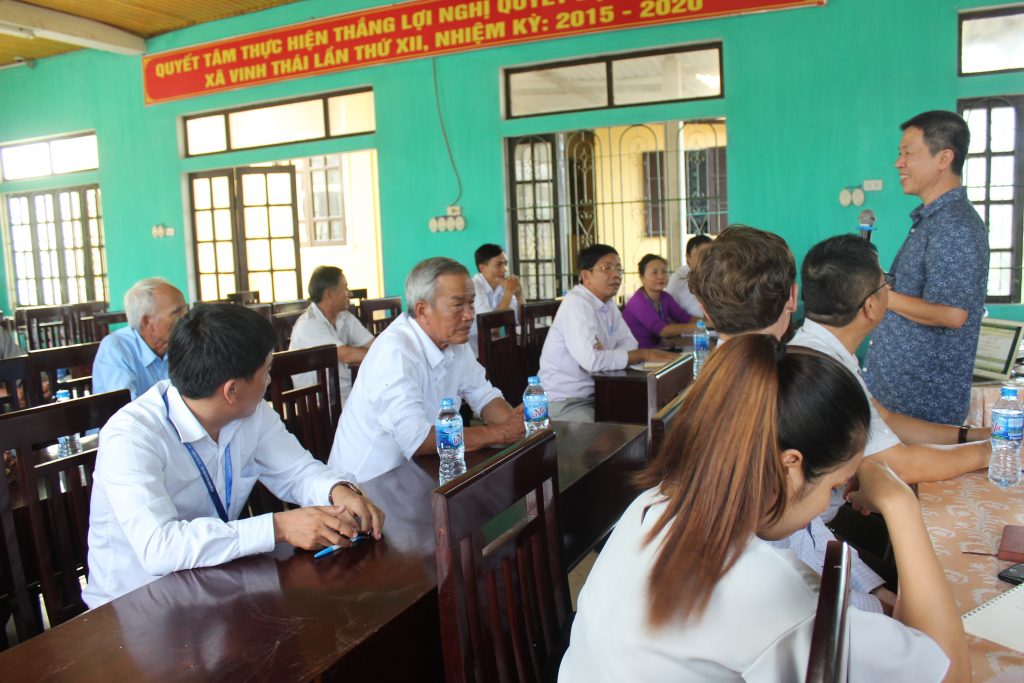