Mrs. Phan Thi Tuoi’s family is one of the poorest households in Thon 1 Village, Vinh Ha Commune, Thua Thien Hue Province. She has a son who is a people with serve mental illness. The son is only wandering around the village and is not able to make any income. Mrs. Tuoi is also a people with a mental issue and she is a beggar in the local market. In order to assist a woman in need, Hearts for Hue in collaboration with We Are Bamboo successful organized the volunteer program with the main purpose of bringing joy and increasing income for the people with disabilities through the construction of a chicken coop, a latrine, and kitchen. A group of 16 volunteers of We Are Bamboo gave their hands to the needy family. Only in 3 days, under the rainy season, a construction of a chicken coop, a latrine and kitchen were completed thanks to the volunteers. At the end of the project, the volunteers gave 30 chicks and some necessaries for Ms Tuoi. Hearts For Hue will keep working with the local authority to assist her in making money by herself and no longer a beggar. 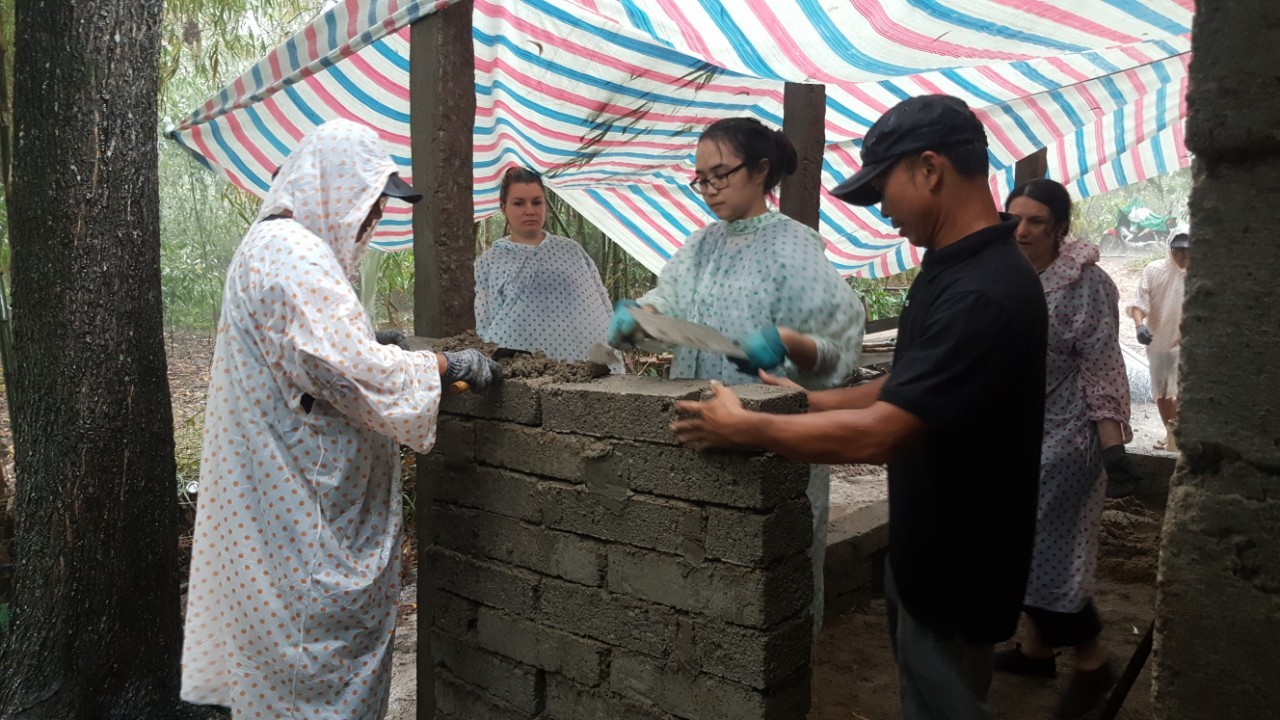 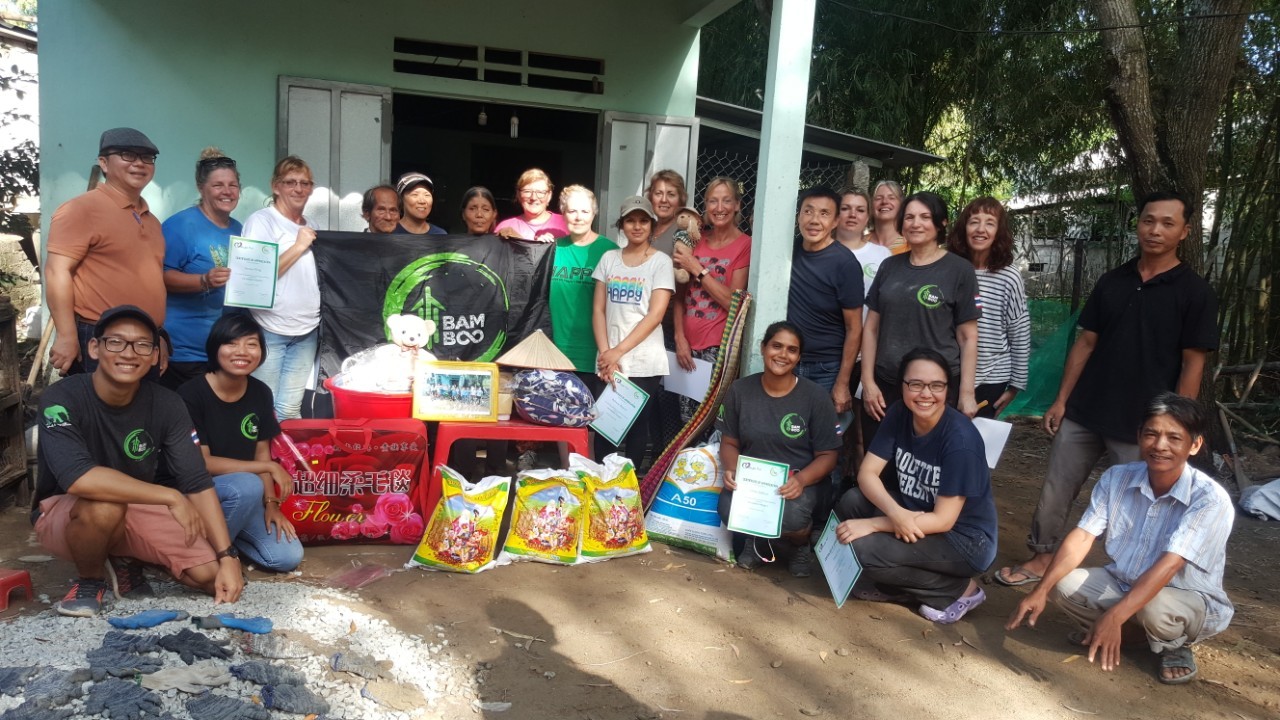