On 16th January 2019, Hearts For Hue had the honor to host Mr Do Nguyen- Representative of Rotary Club of Maumee, District 6600, Rotary International, who was visiting our city with the occasion of conducting a survey of need assessment with regard a Chicken Fundraising Grant. This program has been designed to improve the living standards of poor people and people suffering disabilities in Vinh Thai Commune.

The session started with a short meeting among Ms Nguyen Thi Be –  the Vice Chairwoman of Vinh Thai People’s Committee, Mr Do Nguyen and Mr Truong Trong Khanh – Chairman of Hearts For Hue.

Ms. Nguyen Thi Be referred to the number, current situation, and reality of the lives of the poor people and people with disabilities in the commune. Ms. Be said that local authorities had carried out in the past several policies to support people with disabilities providing them with a monthly allowance. However, every effort made seems to have been insufficient to improve their impoverished lives. If the grant is finally approved, this program will be a great step forward in improving the living quality of poor people and people with disabilities in Vinh Thai commune. Simultaneously, Ms. Be also shared some of the difficulties and problems that the residents have faced in the programs supported by the local authorities such as poor quality of chicken breeds, lack of training in chicken breeding and unqualified chicken coops. 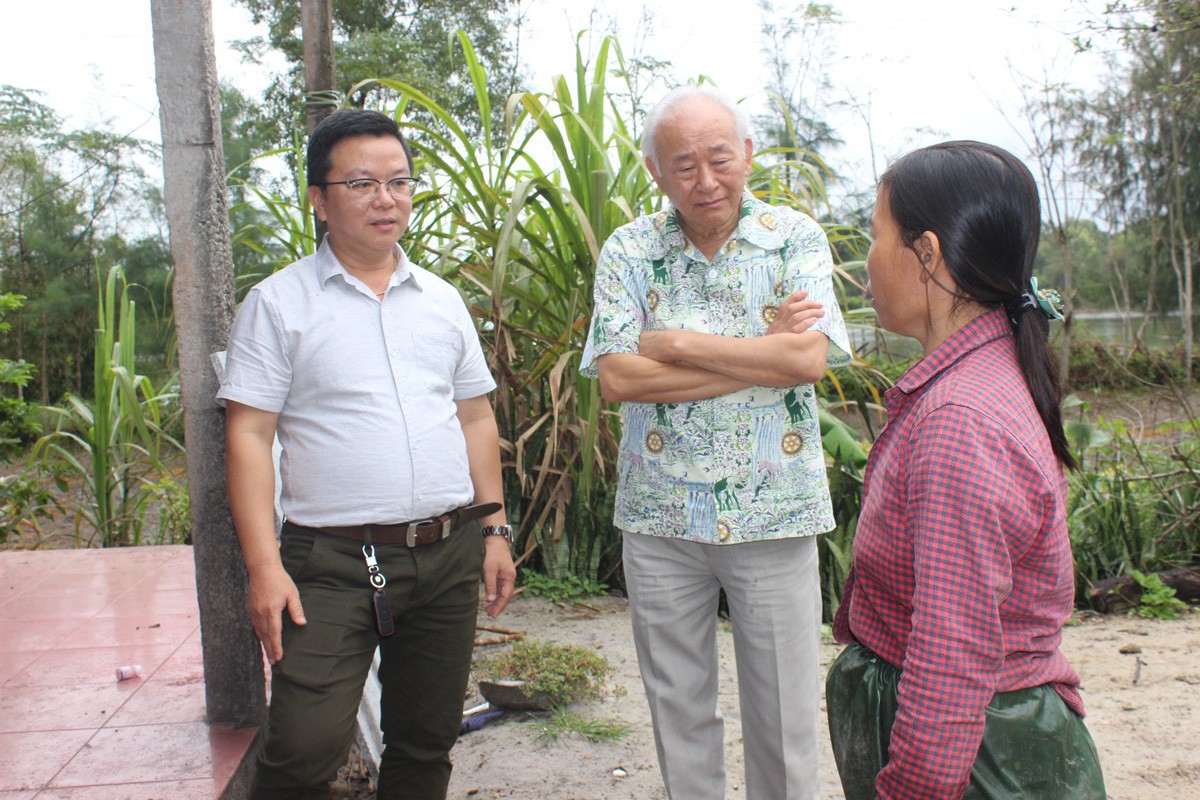 Hearts For Hue, after analyzing and considering the advantages and difficulties that poor people and people with disabilities are facing in this commune, has designed a program proposal that will add appropriate solutions to solve these problems.

After the introductory meeting, the group visited three potential beneficiaries of the program that are suffering disabilities due to several reasons such as labor accidents, congenital syndrome or people who are still suffering the consequences of the   Agent Orange. All the people that was expressed their hope to participate in this program that will allow them to generate a sustainable source of income, as well as their eagerness to learn more raising technique skills and to expand the livestock model. Thanks to all the activities carried out until now in order to build up the proposal, Hearts For Hue has become closer to the commune’s families and is in the way to address their real needs. We sincerely hope that funds are finally granted by The Rotary and that this meaningful program that improves the quality of life of poor people and people with disabilities by raising chicken can be finally implemented in Vinh Thai commune.