“It’s amazing to see the children playing in the sand[pit]! Vietnamese children don’t have sand[pits].”

A target of the United Nations’ Sustainable Development Goal 4, is to provide all children with quality pre-primary education and development opportunities. With this in mind, Hearts for Hue was glad to be approached by Huong Tho kindergarten in Huong Tho commune to provide play facilities for their children. We were equally glad to be approached by Wide Eyed Pupils who were bringing a group of 24 enthusiastic students from Hong Kong’s South Island School on a community service trip to Viet Nam.

Huong Tho commune is a lush, mountainous, farming commune, half way between Hue and Laos. Huong Tho commune is so lush, because, as we all discovered on day one of our project, Sunday 3rd November, in the wet season, it often rains non-stop and all day. Nevertheless, Hearts for Hue and South Island School continued through the rain to build the kindergarten’s first sandpit, football field and covered, outdoor play area. 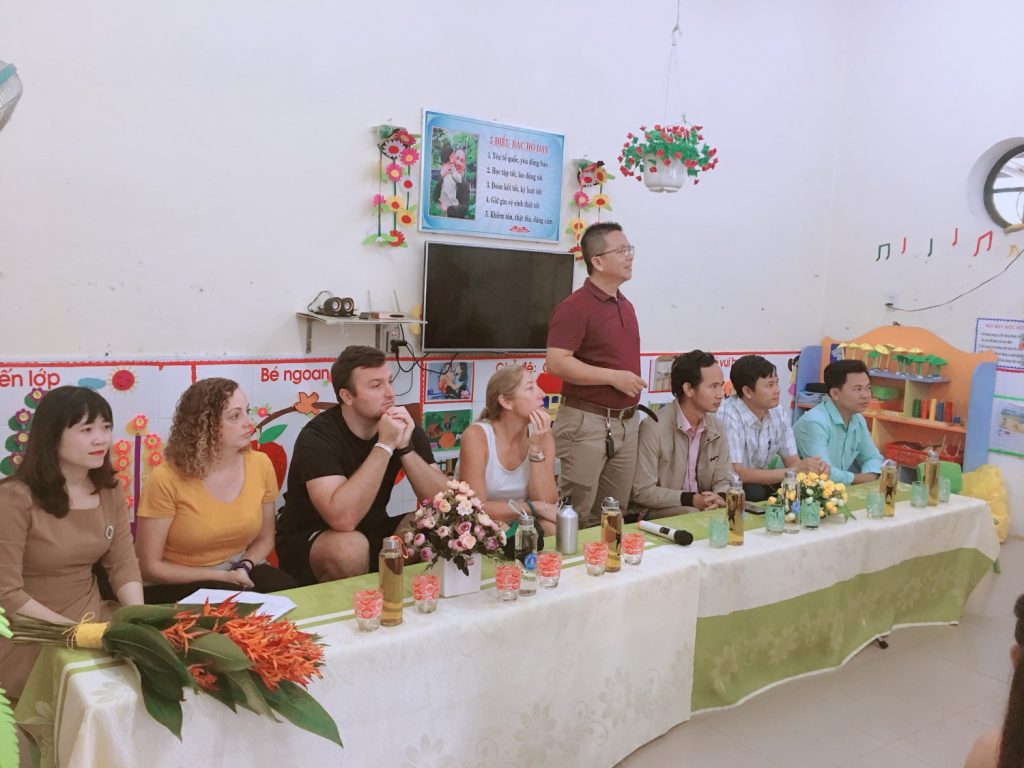 On Monday and Tuesday, the kindergarten students returned, and were given English language lessons from the South Island School students. As a real testament to their hard work, on these days, the South Island School students also finished the outdoor play area, and a beautiful, giant mural. In addition, the kindergarten organized a fishing trip to a local river for all South Island students and teachers. Students were over joyed to catch fishes by themselves and impressed with how the local fishers do net fishing.

As a sign of their appreciation, the kindergarten and the Local People’s Committee held an elaborate closing ceremony, punctuated by Baby Shark and Wash Your Hands dance performances from the kindergarten children. 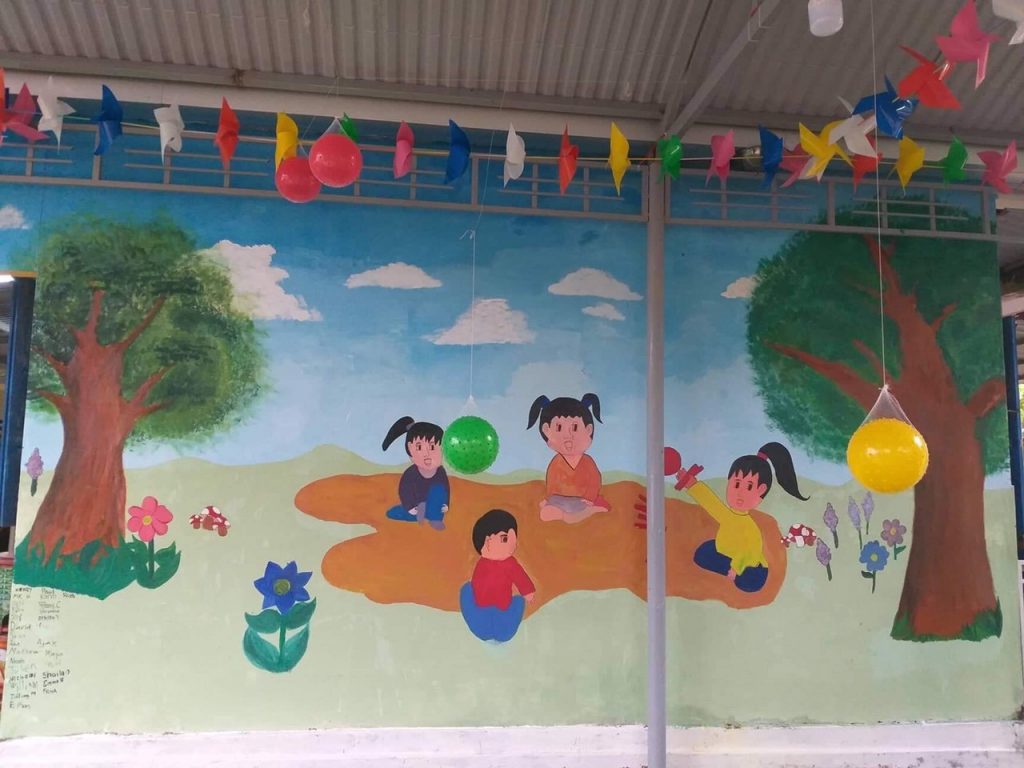 Hearts for Hue would once again like to express our heartfelt thanks to Wide Eyed Pupils for their ongoing partnership with Hearts for Hue, the Local People’s Committee for facilitating the project and last but not least, our Volunteer translators for easing communication and broadening the cultural exchange.