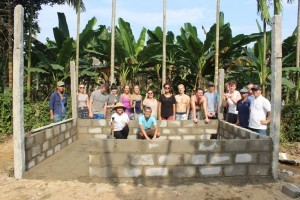 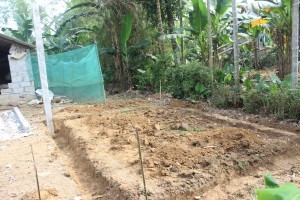 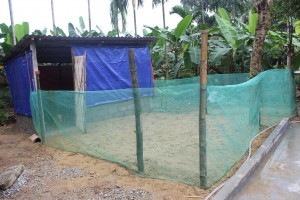 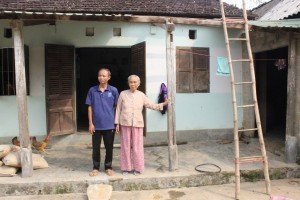 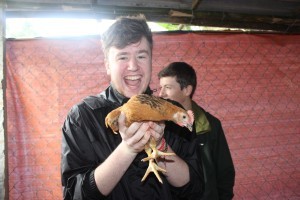 Since the year 2015, Hearts for Hue is implementing the Project Model “Livelihood Support for People with Disabilities”, with the aim to assist people suffering disabilities and/or mental illness and their families and to improve their livelihoods by raising their standards of living through a progressive level of support. The Project Model is being carried out with the sponsorship of the Australian Government, The D.O.V.E Fund and Mr. Neil Hannan, Hearts for Hue coordinate a four phases program for this Project Model to maximize the benefits for the beneficiaries, from identifying people with disabilities and the struggle for their families, to the distribution among the beneficiaries of chickens or other animals, feeding and drinking systems and delivering to the beneficiaries special training courses on animal-raising techniques. Finally, beneficiaries may also profit from Hearts for Hue Microfinance Program.

Mr. Tran Cong Dieu’s family is one of the beneficiaries of the Project Model. Mr. Dieu suffers mental illness. He lives with his 80 years old mother. He has received 100 chickens under the Project Model. However, Mr. Dieu was facing serious problems to raise the chickens due to the poor quality and conditions of his chicken pen and the effects of chicken manure on his health

To continue to assist Mr. Dieu, Hearts for Hue together with volunteers from The Bamboo Project worked hard, digging, mixing cement and sand, putting one brick on top of the other, cutting bamboo trees or putting a roof. In a period of just three days, from the 24th to the 27th of March 2017, a new and qualified chicken pen was built by these international volunteers. Mr. Dieu’s dreams are coming true and now he can raise a lot of chickens and increase the income for his family.

For the satisfaction of Hearts for Hue and their sponsors the Project Model is contributing to create the appropriate means to generate income for Mr. Dieu, in this case, or for other people with disabilities or mental illness, in general. Thanks to the performance of these activities they are now capable to develop a small enterprise and raise animals. Their livelihoods are improving due to the generation of income. It seems clear that people with disabilities and/or mental illness enjoy raising animals as well as that their mental health is improving. Last but not least, the project has proved to be successful and it may become an excellent project model for another people to follow.

We in Hearts for Hue would like to express our deepest gratitude to the donors and local authorities for their support in implementing the Project Model “Livelihood Support for People with Disabilities”.

And our very special thanks to the group of U.K. volunteers from the Bamboo Project. Without the disinterested help of these volunteers it wouldn’t have been possible to build the chicken pen. Thank you, guys, not only for your priceless help but also for showing to us once again how easy is to bring happiness to others people’s life. Well done!