Ms Phan Thi Hong  (63 years old) and Mr Ngo Van Dao (73 years old) are the grandparents of Ms Ngo Thi Lan Anh (18 years old) who is a people affected by Agent Orange, due to the fact that Ms. Anh’s Father used to be a soldier in the Cam Lo Battle, Quang Tri Province in 1994. Her father has to go to Lam Dong Province to work as a construction worker and sending some allowance (2,000,000 vnd) to the grandparents to raise his children ( Ms Anh and a son who is at grade 9). The grandparents are the farmer who planting rice, cassava, peanuts and raising some chicks which only bring some meagre income to the family (350,00 – 400,000 vnd per month).  In addition, they raised some pigs but owing to the pig shelter are damaged recently; they are no longer raising pigs. 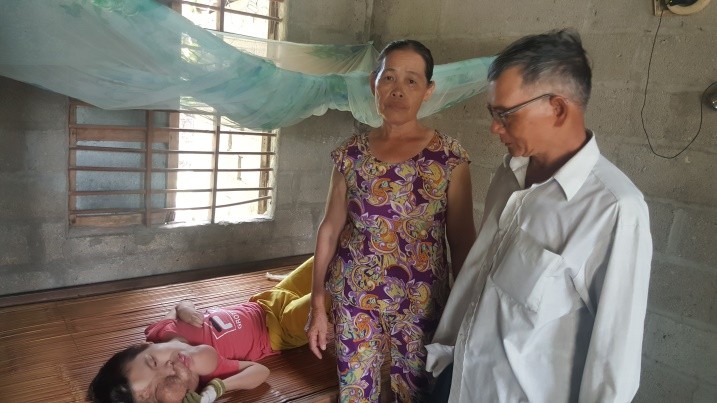 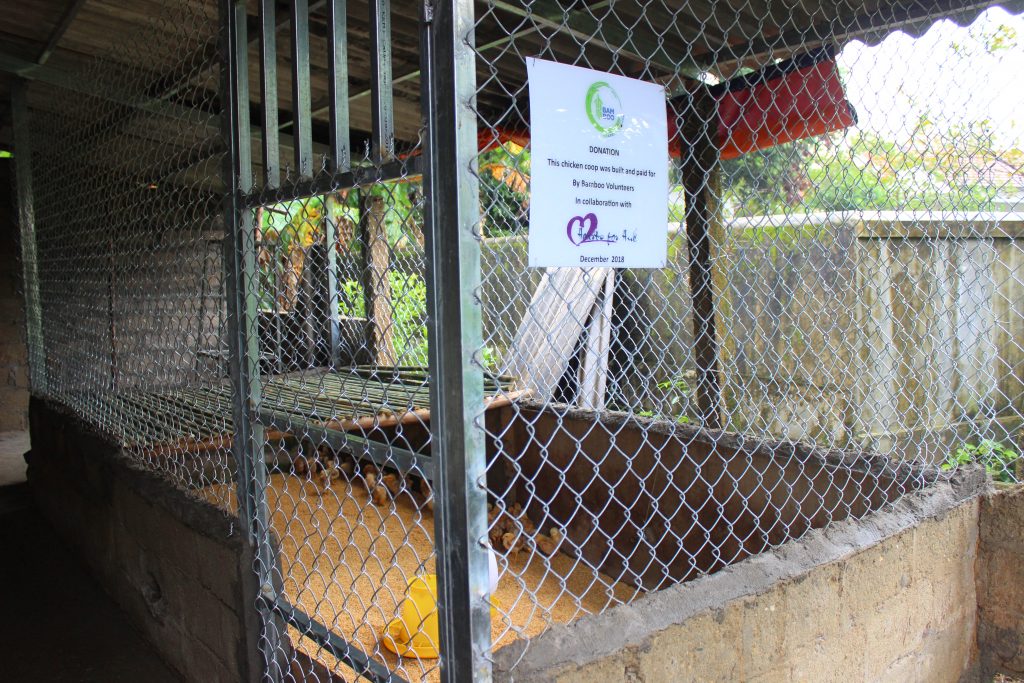 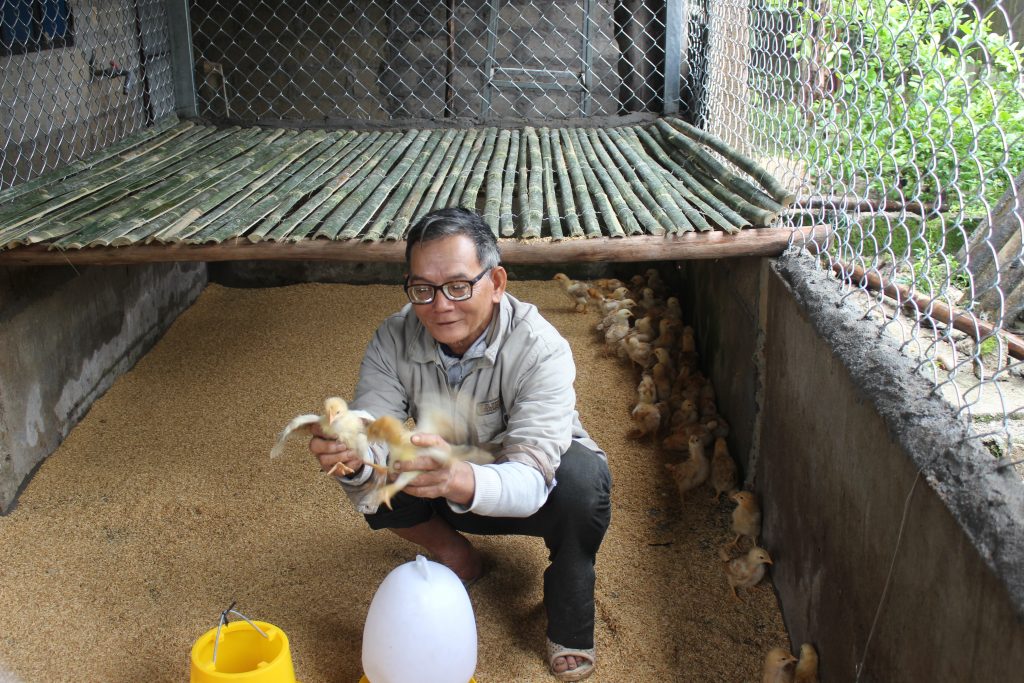 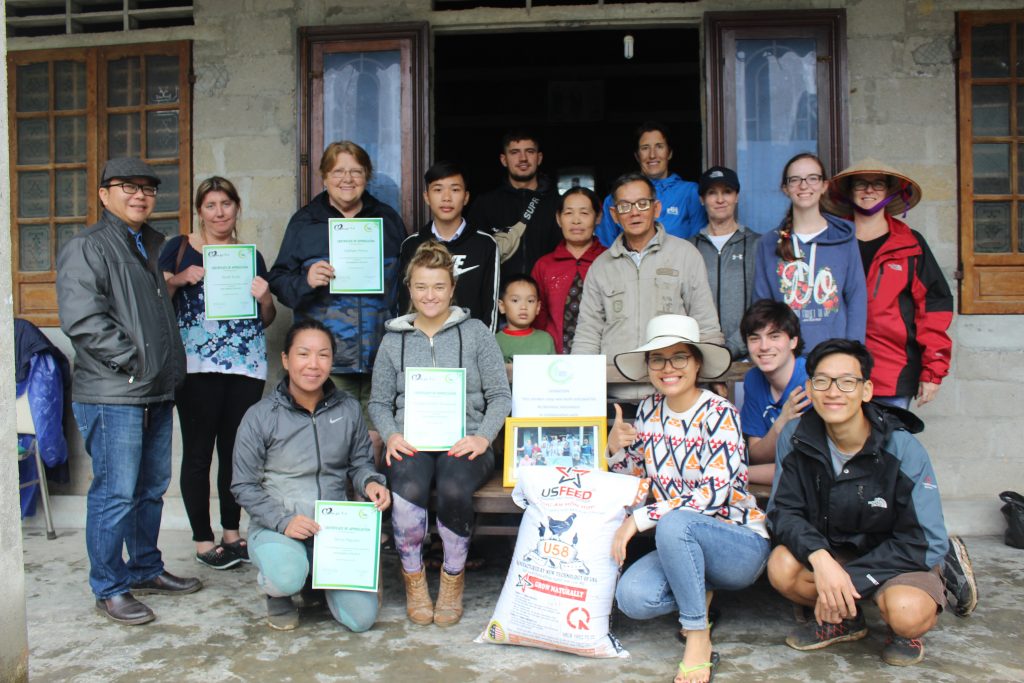 From 13th to 15th December 2018, a group of 10 international volunteers of We Are Bamboo Travel Company gave a hand to build a new chicken coop which has helped her family expand the chicken raising model and generate more income. Additionally, the group distributed 40 baby chicks and some neccessaries to the family.