About 25km from Hue city to the southeast,Vinh Thai is one of poorest communes of Phu Vang district, Thua Thien Hue province. The population of Vinh Thai is about 6,300 people, of which more than 200 people are poor and / or suffer disability 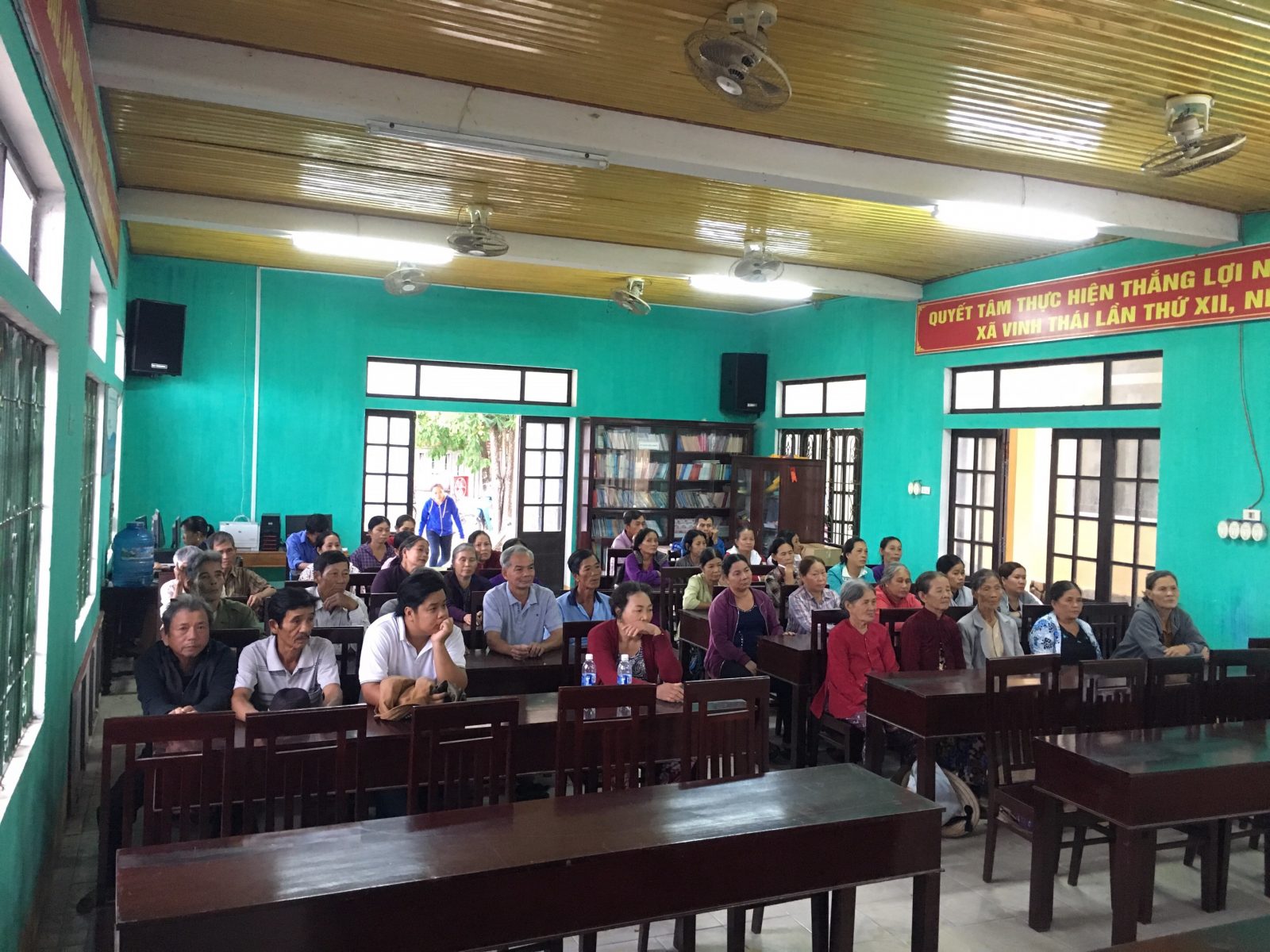 According to local reports, the poor and /or disabled people in Vinh thai are facing a lot of difficulties because they don’t have appropriate jobs,and they can’t generate income for their families most of them do not have enough money/knowledge to start a business.Understanding the difficulties that the local people are facing dailly,on 23rd November, 2018 Hearts For Hue in collaboration with Vinh thai’s People Committee organized a community meeting in Vinh thai for poor/disabled people in an effort to listen to their desire and needs on how to improve their economic situation. 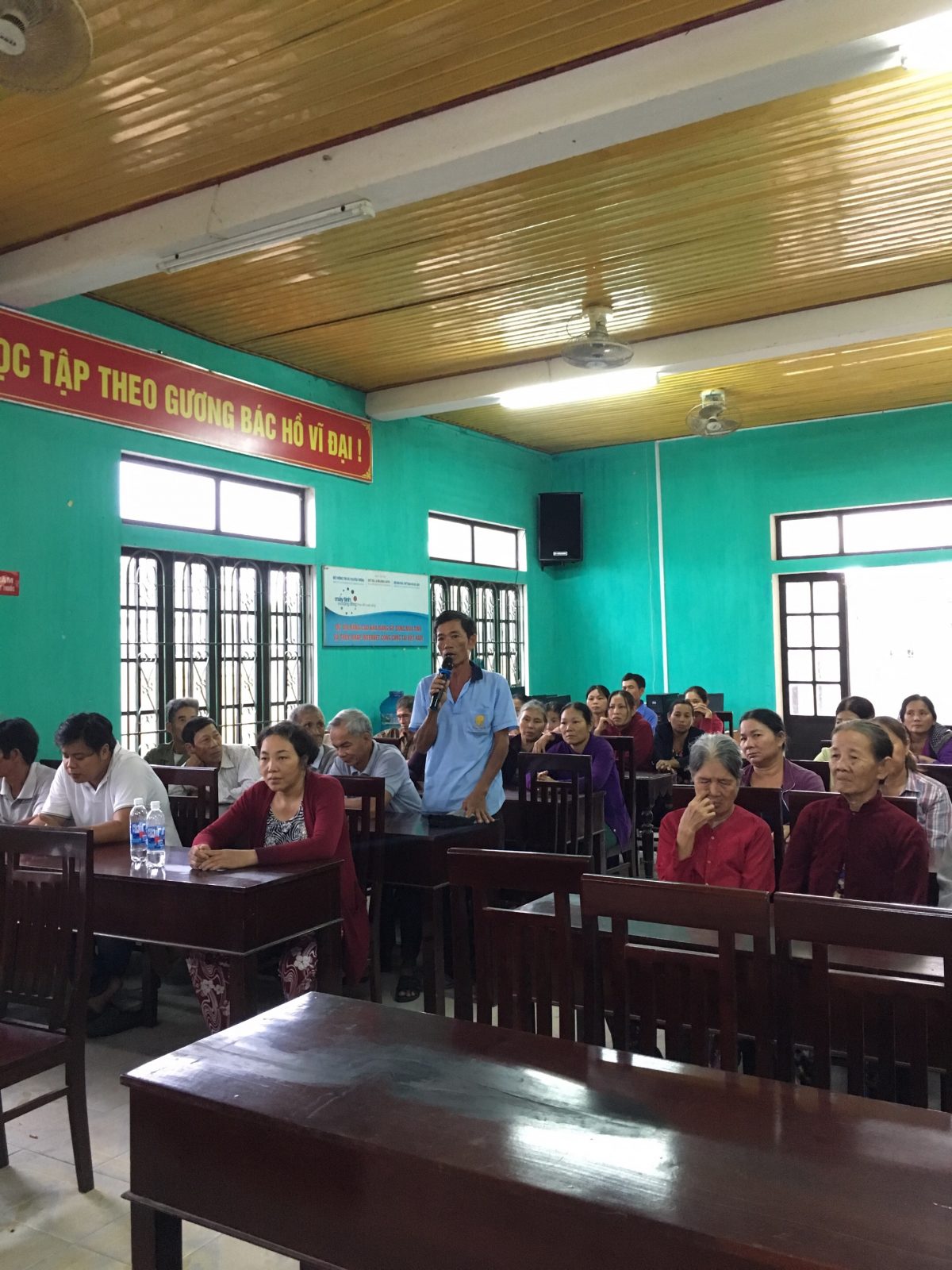 Taking part in the meeting with local people, there are the representation of Mr Do Viet Tu- Chairman, MrsNguyen Thi Be- Vice Chairman and Mr Nguyen Bao- Disabled Social officer of Vinh Thai’s People Committee; Khanh Truong—Chairman and Mr Agustin Moratilla-International volunteer of Hearts For Hue.

To begin the meeting, Mr. Truong Trong Khanh, chairman of Hearts for Hue, briefed about Hearts For Hue, Rotary and main contents of the meeting. After listening opinions of local people on their current jobs, income, health, education for children..ect, Mr Khanh has analyzed the advantages and difficulties of local people on how to develop a family economic and suggested the chicken raising model to improve economic condition for poor/disabed familes. Mr Khanh introduced activities of the chicken raising program such as building chicken coop, distributing chicks and veterinary medicine and providing trainings. An important feature of the project is to establish a self-help group in which the beneficiaries of the project could share their experiences and seek support from other members. 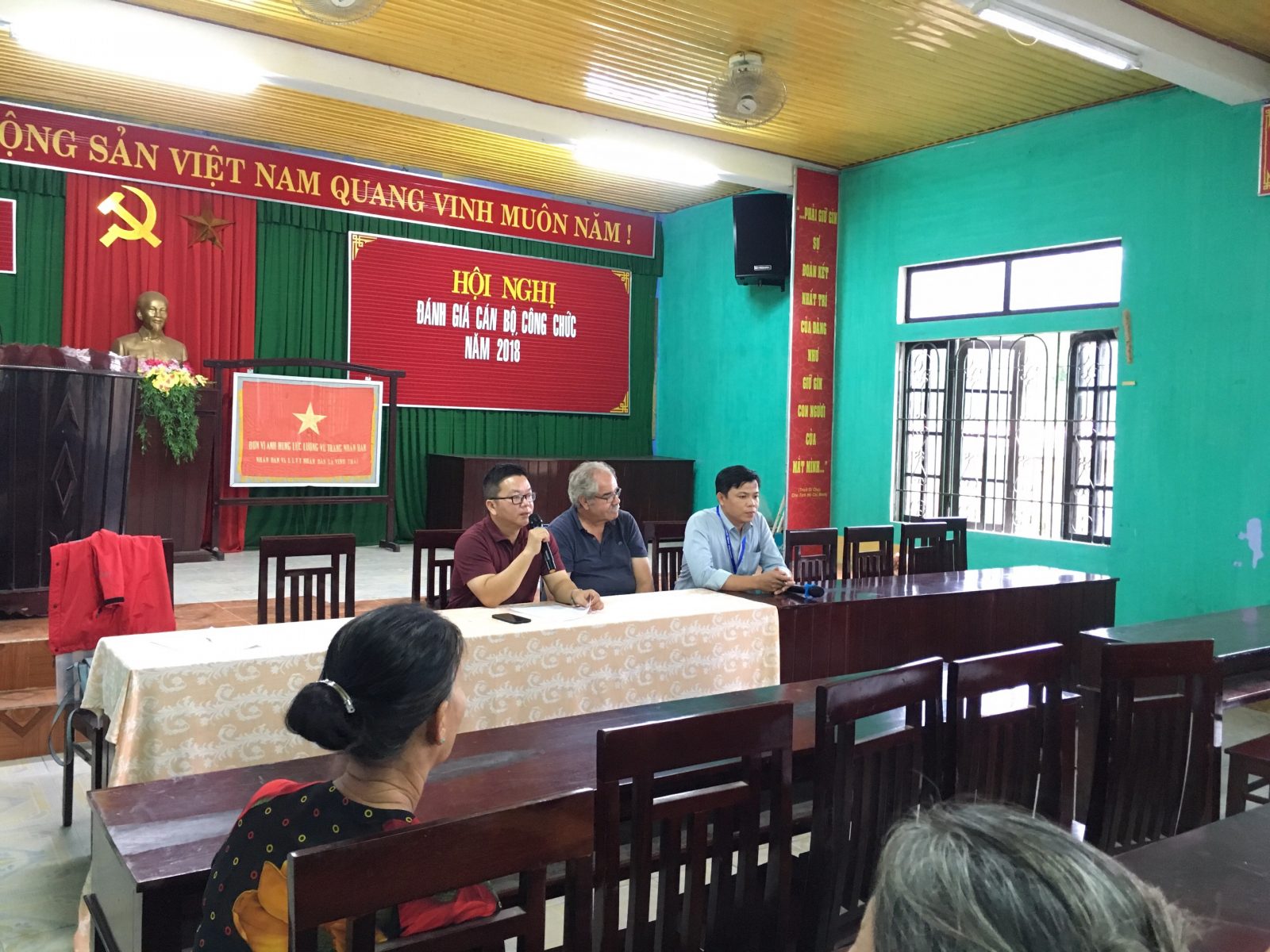 All members are happy to take part in the project and to receive the support of the local authorities. A local man, Hoa, shared with us that: “I myself highly appreciate those mentioned program activities. We have not attended any trainings regarding raising chicken before so it could be great if we could have a chance to learn and apply skills and knowledge in reality”. Some of members also exposed their concerns toward veterinary medicine and chicken foods. Thanks to the meeting, all local families had an overview regarding the program as well as Hearts for Hue reached to real needs of these local families to build up the proposal. Hopefully, the fund from The Rotary will be granted to the program which improves living quality for poor people and people with disability by raising chicken in Vinh Thai commune